On occasion, CHI is contacted by parents seeking financial aid resources for their child’s journey to college.  As result, we’ve compiled a list of resources relevant to individuals who have experienced being a foster, adoptive child or birth parent. 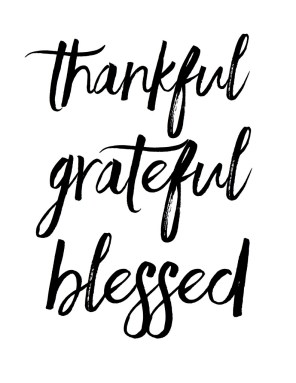 Parenting foster and or adoptive children can be a challenge at any time of the year, but holidays can sometimes seem extra stressful (especially when adverse or negative memories surround previous holidays).  Practicing gratitude is a fantastic practice… but, it may be especially good medicine for kiddos (& their family members) who struggle with a light case of holiday blues. *

Practicing gratitude regularly not only helps kids to take a small break, it has scientifically-proven physical and emotional benefits.  Gratitude brings happiness, peace, relaxation, love, compassion, enthusiasm, confidence, and a sense of satisfaction with life.  All of these emotions reduce the effects of the stress hormone, cortisol – and can improve some aspects of mental health.

Here are some creative gratitude lessons to try with your kids, which will benefit the whole family:
1. Recognize that there are many different ways to cultivate gratitude and your older child will need to have some freedom to explore what works best for them.  Let them lead the way by asking them to create a new gratitude tradition for the whole family.  This allows for creativity and makes it feel less like a chore.
2. Go at it indirectly by fostering altruism.  Helping others or committing “random acts of kindness” leads to a feeling of gratitude.
3. Suggest a family 30-day (or even just 7-day) gratitude challenge and have everyone keep a hand-written gratitude journal where they have to notice at least 1 thing to be grateful for every day.  Buy a little journal for each family member to personalize and decorate along with a special pen to make it feel fresh and new. Click here for a link to fun gratitude journal prompts.
4 Create a fun gratitude conversation at dinner or in the car ride between activities.  Click here for a link to a conversation starter activity.
5 Challenge the family to a gratitude scavenger hunt and get their technology involved!  Click here for a photo scavenger hunt.

What are YOU thankful for? Honoring your gratitude is meant to make you feel GOOD, so be creative and have fun. Make it a family project!

April is National Child Abuse Prevention Month and Chrysalis House, Inc. would love to shine a light on this topic too often left in the dark.

Of course, children with abuse and neglect histories are enfolded within many of the families that this agency helps to build. But, helping families build positive, healthy relationships is a major part of the prevention of child abuse ~ and is also at the core of all the good work we do at CHI. As always, CHI continues the offer of our free support group(s), and are always on the ready for referrals to trainings or counseling that can promote healthy growth within our parents. It is our hope that families always feel comfortable in reaching out to CHI workers for advice, referrals and support.

As individuals, YOU, can also make a big difference in child abuse prevention, year-round, through small acts ~ because a cause is only as strong as the people who support it. Here are ways the typical CHI family can help:

Here is a list of simple efforts that can have a positive effect on the well-being and healthy development of children, families and communities. Remind yourself of things you can do in April, and throughout the year, to prevent child abuse and neglect!

As a parent: Talk openly with your child.

As a concerned person:

For friends and neighbors:

By knowing more, we can all do more. It truly takes a village to build a strong community. If you have reason to believe a child may be at risk of harm in their home, call your local child abuse hotline.

In the spirit of creating awareness during National Adoption Awareness Month, we are thrilled and thankful to share Dana’s words below. Dana is an extraordinary mother who began her journey as an adoptive Mama about 12 years ago. After 12 years of wisdoms and experiences with her boys, she has grown even more confident in her advocacy for adoption and remains enthusiastic about her decision to become a single adoptive parent. Dana doesn’t mention it and that’s probably because it’s a norm for her ~ but hers is also a story of becoming a more conspicuous adoptive family… as she has enjoyed a successful transracial adoption.  Thanks to Facebook, I (Stacy), have had the privilege of watching their lives unfold.  I’m so lucky to have been able to watch them grow together and see their three smiles long after my time with them was finalized… which was on the day they became a forever family.

The Story of Dana & her sons…

In my late twenties I learned I could not have biological children. My dream was to be a mom; it was what I was meant to do. Rather than dwell on what couldn’t happen, I knew adoption was my path to parenthood. Single and entering my 30’s, I decided it was time. Although I could be called a bit crazy to adopt two boys on my own as a single mom, I never gave great thought to this.  I was meant to be a mom; single or not, I was fulfilling my destiny. I am not so foolish to think that it wasn’t going to be a bit more difficult for me, since I was a one parent family, but I had a great job, a great family and incredible support system to encourage me.

I met with Stacy at Chrysalis House and knew they were the ones to help and guide me through the adoptive process. Stacy and I spent many hours searching for the match that was waiting for me. Anxiety, nervousness, excitement, and determination are just a few of the feelings I was trying to sort through in my head while waiting to find one of my sons. The process was long. I was a single parent looking to adopt on my own, and it was an emotional roller coaster. I was a successful business person who now desperately wanted to be a mother. The day I met Isaiah, who we now also call Izzy, there was no question that he was my son! From the moment I set eyes on him, I knew we were meant to be a family.

The transition was challenging. Izzy had been with an amazing foster family since he was born (he was 2 years old at the time I met him) who lived 3 hours away from me. We eased into the transition with play dates in the beginning, then overnight visits, then a week long visit. There was a lot of travel and time to think about and prepare for my son to come home. The entire process took a few months. I was fortunate, my company gave me maternity leave for six weeks so Isaiah and I could begin our lives as a family.

During our first year together we relocated to a different city. Once settled into our new home, I knew it was time to begin the search to complete our family with another child. Chrysalis House once again was there to help and guide me. This time around, possibly because I already had one adopted son, the process was much quicker. Within a few short months I met Devon, who meant to be Isaiah’s brother and my son. I will never forget the moment I told Izzy about his new brother, I showed him a picture of Devon on the computer and he started jumping up and down screaming “That’s my brother! That’s my brother!” Our excitement was difficult to contain. Our family was now on the road to becoming complete!

It has been just over 12 years since Isaiah’s adoption and almost 10 years since Devon’s adoption was finalized. My boys are my life! I could not be more proud of the young men they are becoming. Isaiah is an amazing athlete, he is playing football for his high school. Devon is a fantastic cook, has a passion for the culinary arts and wants to be a chef and own a restaurant one day.

What I’ve learned is: Parenthood is a journey unlike any other. Whether you have biological or adoptive children you never knew you had the capacity to love someone as much as your children. It is like a switch that enlarges your heart to enable you to love, care for and put these children first … in your life.  It’s just unlike anything else!

My switch was flipped the moment I set eyes on my sons. It was destiny, we were meant to be a family. I am so thankful to all those who are a part of adoption plans: birth mothers, foster families, state and local agencies, and of course, my personal support system. Adoption is a gift of love that I am thankful to have received!

As we’ve done historically during Adoption Awareness month, we are enthusiastic to post real life stories throughout the month of November.  We are now soliciting stories from families willing to share their words, experiences and inspirations.  In the past, we’ve found that these stories have stirred up great conversations and we look forward to further creating awareness… of how unique each adoption experience is…of what it’s been like for these people to have “claimed” one another and built a permanent family together.

Taking the lead from a comment on our last blog post – we have asked several families who have been an adoptive family for 5 or more years to share what it has been like for them.  We are so thankful to those who have said yes and are hopeful that more will follow suit.  We know it’s hard and challenging but these wisdoms are truly inspiring.  We feel that real life example is the best way to celebrate Adoption & Awareness!  Experiential examples may be just the validation another family needs to follow a path they, too, feel led to explore!

If you would like to share your own story, please email me at: stacy@chrysalishouse.com.  Although we have prioritized asking families who have finalized over five years ago.. who doesn’t love a relatively new placement story, too?  There are no limits to the length of love..or the length of the story, etc.  Names can be changed to protect confidentiality as needed.  Stories have come from our clients in the past, but we are open to those from outside our agency as well.

Be sure to visit during November as we share several stories of domestic, foster and international adoption…

“Children never outgrow the need for family” is a perfect slogan for National Adoption Awareness Month.  If you feel the mission resonating with you, please contact our office to discuss this potential.  We can be reached at 559.229.9862 or at http://www.chrysalishouse.com.